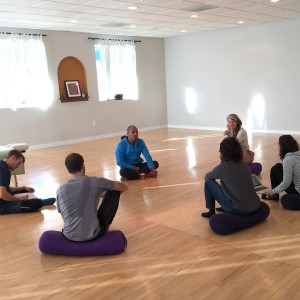 Anatomy is scarcely taught unless you’re in medical school. Yet we all have a body to learn about

Adults, kids, pretty much nobody on this planet is being exposed to anatomy education. Kinesthetic literacy has been oriented around sports, dance, and thats about it. And even these complex scenarios where movements are taught, they aren’t really ‘understood’, as much as they could be. Ask any teenager (or adult for that matter) to hinge at the hips with a flat back, and you’ll most likely to get a confused look. Ask them to plantar flex or dorsiflex and they simply won’t know.

We learn from an early age that we have arms, fingers, legs, toes, knees, a jaw, etc. And beyond that we learn about pecs, biceps, quads, and the calves. So we essentially learn the names of the ‘beach muscles’. In doing so, we paint over the complexity of the human organism for the sake of simplifying it. After all, a lot of us start to workout not because of rehab or injury (though that changes over time), but rather because of either sports or aesthetics. In the end, both of these things lead to vanity driven disorders that start to mess with the human psyche more than it should. We start to prioritize a body’s tone over function, a body’s look over competency, and it leads to an endless rabbit hole of self-criticism, and obsessive behaviors. Though this won’t be the topic of conversation today, I think its important to note that the broad brushstroke we make over the human body really distorts our image of it. We either train because we have an ideal look we want, or we don’t train because we don’t understand our body at all. Neither are the best of choices, but a lot has to do with the fact that we haven’t been taught about anatomy!

If we can forget about the way we want our bodies to look, and instead learn about the muscles, the joints, and their functions versus appaearances, I think we can reprogram the ways we look at ourselves, and more importantly, the ways we move ourselves.

Maximizing one’s movement potential involves more than just learning how to move through a squat or pushup. It’s about understanding what systems are involved when you do a motion. Whether for performance purposes, rehab, aesthetic reasons, or wanting to feel healthier- you’re going to get a whole lot more out of your muscle systems if you take the time to understand what it is you’re asking your body to do. For example, if you look at the video below you’ll notice that this demonstrates a quarter squat with a pause. It isn’t a heavy loaded squat, its a relatively simple movement training the muscles of the knees (and hips) with the rest of the body. The reason behind holding the position so long under light load is to better facilitate understanding of the knee hinge, relative to the hip hinge, and relative to the rest of the spine. I’m going training neural circuitry, proprioception, and kinesthesia.

This leads to teaching the muscles involved in the motion to paint themselves a picture of what’s happening in the joints and what they are doing relative to my bodyweight. Therefor they start to understand that, “when rob hinges at the hips, and hinges at the knees, we need to support him! We need to engage.” So by prioritizing muscle function, (ie; quadriceps perform knee extension and flexion), we can create better movement. When we institute specific ‘mapping’ techniques throughout the body, we’re reteaching our brain how to associate muscles together, that way when you’re in the world and going to pick something up or reach for something, your brain can tell your muscle systems, “hey he’s reaching and hinging again, quads and abs, help him out!”

In theory it seems practical, it makes sense, but training muscles for function is not an easy thing to do. They live in a constant reactive state, so to undo what they already know how to do so well, you need effective coaching. Some ways people achieve this is by doing tempo work and isometric holds, which are fine as a primary focus. However, more effective strategies involve a deeper understanding of the how a human body works. With my clients I potentiate specific kinetic chains, while integrating attentive breathwork into positional corrective exercises. If we do this regularly and correctly, we can move, live, and play whatever, however we want, pain free. 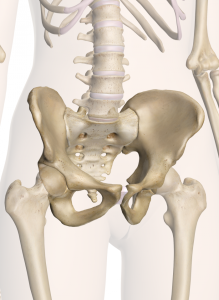 Understanding the pelvic cavity and hip sockets is not as easy as one may think! But why leave the doctors up to tell us about it? Learn about it yourself!

Movement As Medicine
There is a corrective dimension in regards to the muscle’s relationships in your body. Every muscle has a relationship to another muscle, and to a tendon, and a ligament, and a bone, which then effects another segment of our body. Corrective movement, when respecting biomechanics and tensegrity, can ‘undo’ stiff/stuck patterns and promote healthier respiratory and circulatory functioning. The difference can be incredibly liberating, leaving you feeling stronger and feeling great in your skin. It can also not be so amazing, a lot of it depends on how you’re doing the movement and how you’re working with your body.

We have the ability in us to teach the body to function better from a global approach by addressing local ‘dysfunctions’, and staying on top of our exercises we need. What I mean is getting the system to work together in a unifying manner, instead of in an independent or disassociative manner. By slowing down and telling our muscle to do their job we can actually learn how to make our muscles load concentrically and eccentrically, better strengthening the tissue through all ranges of motion. This allows the muscles to keep their function, and not hand over the tendons and ligaments. Our muscle system is the body’s first line of defense, but if it doesn’t work correctly, the nervous system quickly sacrifices the tendons for the sake of the ligaments. And if the tendons eventually give out, which they do, the ligaments take the hit. And this leads to many diseases. And all because the muscle functioning wasn’t being prioritized in a training regimen.

The squat below is one simple example of prioritizing muscle function over movement. The knee’s purpose is to hinge, and stabilize the weight of the upper body onto the talus (ankle bone). This has got to be a primary focus when training the legs, core, and body as a whole. If the knee doesn’t understand it’s function, the muscles that make up the knee joint will also struggle to do their job. A muscle needs to understand what its’ job is, and not react or guess what its purpose is. It has a purpose, so take the time and teach it to yourself.